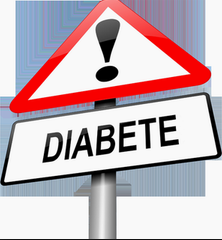 Severe hypoglycemic events can present cardiovascular and cognitive risks, and hypoglycemia should signal a call to action for physicians treating the patients with diabetes, according to a speaker at the Heart in Diabetes CME Conference.

“Severe hypoglycemia is uncommon but incredibly important,” Elizabeth Selvin, PhD, MPH, professor of epidemiology and medicine at Johnson Hopkins Bloomberg School of Public Health and a lead investigator for the Atherosclerosis Risk in Communities (ARIC) study, said during a presentation. “An acute episode of hypoglycemia can be a medical emergency, but there is much more controversy about the long-term consequences of episodes of severe hypoglycemia.”

Using data from the fourth follow-up visit of the ARIC study, which began with 15,792 participants aged 45 to 64 years in 1987, Selvin and colleagues identified 195 cases of severe hypoglycemia (mean age, 65 years, 58% women) among 1,209 participants with diabetes who completed a follow-up visit between 1996 and 1998. According to Selvin, participants with a severe hypoglycemic event had more substantial rates of cardiovascular disease, coronary heart disease, heart failure, atrial fibrillation, peripheral artery disease and all-cause mortality. In fact, Selvin said that in the 3 years following an episode of severe hypoglycemia, 30% of those who experienced such an event died.

Selvin and colleagues found significant increases in risks for all-cause mortality (HR = 1.73; 95% CI, 1.38-2.17), CV mortality (HR = 1.64; 95% CI, 1.15-2.34) and coronary heart disease (HR = 2.02; 95% CI, 1.27-3.2) among those who experienced severe hypoglycemia at least once vs. those who did not, in fully adjusted models. Selvin said this risk was especially high in the 12 months following a severe hypoglycemic event. Meanwhile, the risk for heart failure, atrial fibrillation and peripheral artery disease remained numerically higher for those with severe hypoglycemia, but did not reach statistical significance in these models.

“Regardless of whether these associations are causal, severe hypoglycemia is a potent marker of future short-term mortality and cardiovascular risk,” Selvin told Endocrine Today. “More work needs to be done to understand mechanisms.”

Selvin noted that roughly 50% of those who had experienced severe hypoglycemia in the past had high rates of the biomarker compared with 18% of those who did not have a severe hypoglycemia event. The researchers found that this discrepancy largely remained even when separating the group into those with no history of cardiac heart disease and heart failure (29% vs. 13%) and those with a history of these complications (70% vs. 31%). However, these were crude prevalence rates, and although it was more likely that someone with severe hypoglycemia would have high cardiac troponin T vs. someone without hypoglycemia, when adjusting for age, sex and race only (HR = 1.85; 95% CI, 1.4-2.43) the significance did not hold when the researchers included HbA1c levels, diabetes duration and estimated glomerular filtration rate among the adjustments.

“We’re underpowered to detect an independent association with myocardial damage so future studies would be great to further investigate this issue,” Selvin said.

“The mechanisms are, as of yet, unclear. It is possible that hypoglycemia contributes directly to the pathophysiology of these outcomes, but it is also possible that hypoglycemia is simply a marker of risk. Further, there may be some reverse causality where other conditions — especially conditions like cognitive impairment — might lead to hypoglycemia,” Selvin said. “The brain relies on glucose for fuel, so low glucose certainly causes acute problems. How bouts of hypoglycemia might contribute to long-term damage are unclear. There is also evidence that poor cognition can impact adherence and treatment and contribute directly to risk of hypoglycemia.”

To better protect patients who may have experienced hypoglycemia in the past or to prevent it in those at higher risk for adverse outcomes, Selvin offered several recommendations.

“Providers should screen for hypoglycemia history. Hypoglycemia should trigger re-evaluation of risk-factor management in patients,” Selvin said. “Therapy should be tailored to prevent hypoglycemia in adults with cognitive impairment.” – by Phil Neuffer