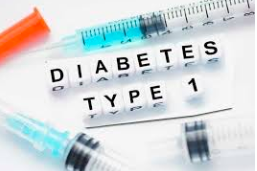 British drugmaker AstraZeneca Plc said on Monday the U.S. Food and Drug Administration declined to approve its diabetes treatment, Farxiga, for use as a supplement to insulin in adults with a rare-type of the condition.

The company said the regulator issued a complete response letter, declining its application for using the drug in patients with Type-1 diabetes where insulin alone has not been able to control blood sugar levels.

Farxiga is already approved in the United States for use in Type-2 diabetes, the more common form of the condition. AstraZeneca did not specify the concerns FDA had raised for not approving the drug for Type-1 diabetes.

The watchdog’s decision is in contrast to that of its European counterpart, which earlier this year approved the treatment for use in Type-1 diabetes under the name Forxiga.

Type-1 diabetes is a condition in which the pancreas produces little or no insulin hormone and affects about 5% of patients with diabetes.

AstraZeneca said it would closely work with the FDA to chart out its next course of action.

Farxiga is one of the drugmaker’s top 10 drugs by sales. It generated $1.39 billion in 2018, and is key to its future as it turns itself around.