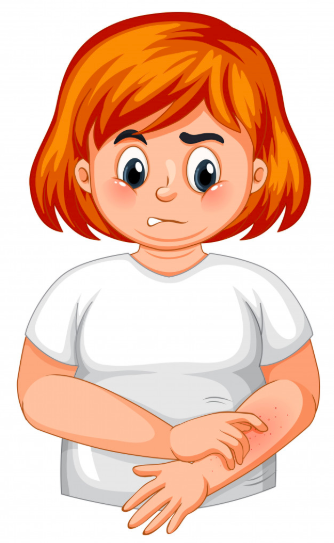 Maturity Onset Diabetes of the Young (MODY) is an inherited form of diabetes mellitus. It is caused by a change in one of eleven genes. Up to 5% of all diabetes cases may be due to MODY. Just like other people with diabetes, people with MODY have trouble regulating their blood sugar levels.

This disorder is more like type 1 diabetes than type 2, although it can be confused with either type. In type 1, the pancreas cannot make and release enough insulin. People with type 2 diabetes, on the other hand, usually make enough insulin, but their bodies cannot respond to it effectively (known as insulin resistance). Type 2 diabetes is usually associated with being overweight, but that is not true of type 1 diabetes or MODY. However, obesity does matter. An obese person with a MODY gene mutation may develop symptoms of diabetes sooner than someone of normal weight.

MODY is more likely to affect adolescents and young adults, but it can occur at any age.

Just like other forms of diabetes, MODY can cause complications throughout the body, including increased risk of heart and vascular disease, kidney disease, and blindness.

There are eleven different types of MODY caused by changes in eleven different genes. Treatment varies, depending on the type of MODY. For example, MODY 2 can usually be managed by eating right and exercising regularly. MODY 1, 3, and 4 can usually be managed with a type of medicine called sulfonylurea therapy. MODY 5 often needs a variety of treatments because it may cause other medical problems unrelated to the blood sugar level. The genes for MODY types 7-11 were just recently discovered. People with these types of MODY are likely to respond the treatments used for patients with other types of MODY.

MODY is a dominant genetic condition, which means that people who inherit one copy of the gene mutation that causes MODY from either their mother or father will be affected. Affected people also have a 50% chance of passing along the gene mutation to each of their children.

Symptoms related to MODY tend to develop gradually. This is similar to what happens to people with type 2 diabetes. In comparison, the symptoms of type 1 diabetes often occur rather quickly over a few weeks.

Early symptoms of MODY may include blurry vision, recurrent skin infections, or yeast infections. But there may be no symptoms at all. People with MODY often have high blood sugar levels (hyperglycemia) for many years before they have any symptoms. The increased blood sugar develops gradually, and may only be noticed if a doctor does a blood sugar test during a checkup.

Without treatment, blood sugars will continue to rise, causing:

MODY 5, one of the rare types of MODY, can involve other organs in addition to the pancreas. The kidneys sometimes become damaged before diabetes is diagnosed. Kidney damage could lead to a decrease in urine production, rather than the increased urination normally seen with diabetes.

The first step in diagnosing MODY is having a blood sugar test. If the results show high levels of sugar that indicate diabetes, your doctor has to figure out if you have MODY or another type of diabetes. Getting the correct diagnosis is important because treatment of MODY can be different than treatment for type 1 or 2 diabetes.

It may be difficult to tell whether an obese person has type 2 diabetes or MODY. The great majority of obese people with diabetes will have type 2 diabetes. A family history of MODY may be the only clue that this type of diabetes is affecting a particular person.

MODY can also be diagnosed by a genetic test. This type of testing will determine the exact type of MODY, and can be done before a patient has any symptoms. If a mutation in one of the MODY genes is found, then type 1 or type 2 diabetes can be ruled out.

MODY is an inherited disorder that lasts throughout a person’s lifetime. MODY 2 generally stays mild. MODY types 7-11 have just been discovered recently, and not much is known yet about the long-term outcome. Other types of MODY generally get progressively worse over time.

If you are related to a person with a MODY mutation, you can get a genetic test to see if you are at risk of developing MODY. The first step would be for your affected relative to get a genetic test for MODY. If a mutation is found in one of the MODY genes, the lab could test you for the same mutation. It’s important to make sure the affected person in your family has a detectable mutation, because genetic testing is not always able to find a mutation. If you also have a risk for MODY, you can act to avoid obesity by eating a healthy diet and exercising. Avoiding obesity may not prevent MODY, but it can postpone the development of symptoms until later in life, and also has other positive health benefits.

Treatment is different for the different forms of MODY. Drugs from the oral sulfonylurea class are usually effective for patients with MODY 1, 3, and 4. These drugs include glipizide (Glucotrol) and glyburide (Glynase Pres Tab, others). About 30% to 40% of patients with MODY 1 and MODY 3 will eventually need insulin to control their blood sugar levels. Insulin is generally taken by injection.

MODY 2 rarely requires drug or insulin therapy, and can usually be managed by exercise and diet alone. MODY 5 may require several different treatments because it causes other problems in addition to diabetes.

People with any type of MODY will respond better to treatment if they are not overweight or obese. Therefore, overweight and obese people should include losing weight as one of their treatment goals.

When To Call a Professional

Symptoms of MODY may develop gradually. If you have the symptoms described above, make an appointment with your primary care provider. You may also need to see an endocrinologist who specializes in diabetes.

Except for MODY 2, all other types of MODY cause the same complications as typical type 1 or type 2 diabetes, including increased risk of heart disease, kidney failure, and blindness. Which problems occur depends on which gene is affected. Patients with MODY 2 have the best prognosis because it causes milder hyperglycemia. They typically do not require any medication, and do not develop long-term complications. Keeping blood sugar close to normal will minimize complications of MODY, as it does with other types of diabetes.